Is this commercial controversial? Maybe a bit. But, it’s also deftly done and reminds us once more what H.G. Wells was writing about. Paradoxically, Steven Jobs sounds more like the man on the screen these days, but that’s beside the point. Remember the mood of 1984. We’d experienced the promise of peace with Reagan, but all of us were still worried about Big Government and Big Brother. 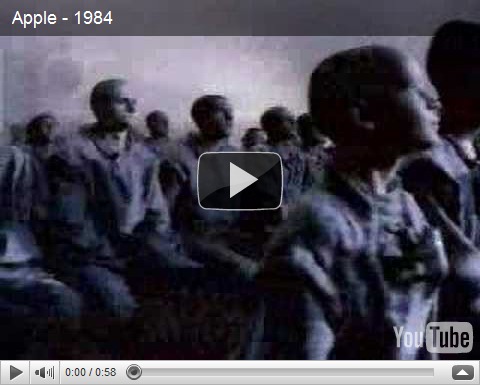 It only ran once, during Superbowl XVIII, but is highly memorable.

The woman with the sledgehammer shows us that all it takes is one person to stand up to oppression, one voice that will not be silenced. Without directly injecting politics, there’s no doubt that there was a political side to this ad and that side was not a pretty one.

Still, I don’t recall anyone complaining that the ad was “too controversial”. In point of fact, the ad received numerous awards and is regularly touted as not just the best ad of that year, but one of the best ads ever.

Now compare to another ad, this one from the Citizens Against Government Waste. The tone is strikingly similar. In many ways, it’s kind of the “It’s A Wonderful Life” version of the Apple ad, as it shows where we could be without the woman in the red shorts.

Still, the History Channel and A&E regard the ad as too controversial and refuse to air it. I see that the History Channel has a show called “Armageddon” and another called “Life After People”. And A&E has one called “Obsessed” and another called “Billy the Exterminator” not to mention reality shows about the families of “KISS” and “Twisted Sister” stars. So, I guess they’re experts on “controversial”.

Or, perhaps they’re experts on burying their heads in the sand.

I keep hammering on the fact that the pace we’re on is unsustainable (and this won’t be the last time). This ad shows why.

Both ads are terrific if you ask me, but the Apple 1984 ad isn’t my favorite one time Superbowl ad. For that you have to go to Superbowl XXXVI: 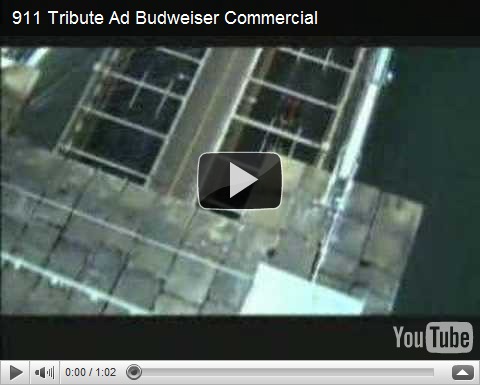 We can prevent the future scene from the Apple ad and the CAGW ad, as well as preventing more events like 9/11. But we’re running out of time.

7 days until the first step. You can choose whether to be one of the mindless drones in the audience, or to be the woman with the sledgehammer. The choice is yours.

The flood is coming.