I saw two movies yesterday. This was the first. My moviegoing experience was tainted somewhat as the woman in the row in front of me decided everyone else would love it if she brought her 15 month old to a 3D Harry Potter film.

But, anyway, on to the film. Yes, it’s the last. Harry Potter haters just have to put up with talk about it for another couple months or so, and then they won’t have to hear much about it ever again.

For those of you not in that category…

Warner Brothers released this look back earlier this week: 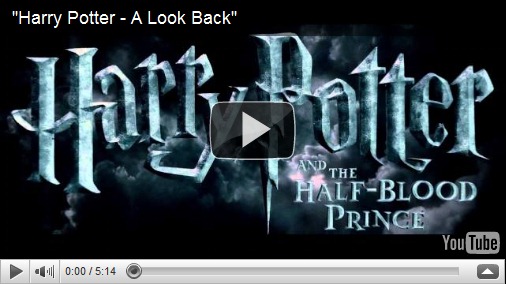 This is the film we’ve been waiting for since we first saw Harry trying to prevent Voldemort from acquiring the Philosopher’s/Sorcerer’s Stone 10 years ago. We finally get to see both Harry and Voldemort face their destinies. But it’s how they face them that determines the outcome of the film. As Harry learned while sitting under the Sorting Hat 10 years ago, and is repeated to us in the epilogue, it is our choices that define us.

In the 10 years since, we’ve seen the three main actors and their characters grow and develop. Chris Columbus, director of the first film, made some excellent choices for his actors, and for the settings and tones of the films. Later directors have much to thank him for.

The penultimate film in the series, Part 1 of the Deathly Hallows, was not well received. Many people complained about the pace and the lack of action. If it’s any consolation, the same complaints were made about the book when it was released. There’s no doubt about it. The pace is slooooooow. I’ve reread the book a couple times now, and I understand that’s deliberate, but knowledge of that doesn’t help in a movie theatre.

People that had that complaint will find much less to complain about in the final installment in the series. Apart from a couple pauses to let you catch your breath, the action is mostly non-stop in this one.

For the most part, I think the actors delivered their best performances in this one as well, which adds to the enjoyment. I did think that Maggie Smith was a little weak, but while physically she’s perfect for McGonagall, I’ve never been all that impressed with Smith as an actress. Two performances stand out though. Alan Rickman reminds us why he was the perfect foil for Bruce Willis in Die Hard, so many years ago now. And Rupert Grint shines as Ron Weasley, Harry’s best friend. In many ways, I think Grint has had the hardest role to play of the three, and this is the film where the he gets the payoff from all his earlier hard work.

Seriously, watching Rickman and Grint in this film is worth the price of admission by itself.

Yes, the film is a special effects extravaganza. But that’s not what it’s all about. In the end it’s about good vs. evil and about faith and love, i.e. Harry’s faith in himself and those he has trusted, and Harry’s love and those who love him.

I have a few minor quibbles about changes from the book, but over all, fans of the book as well as the film series should be happy about the conclusion. The film meets and exceeds expectations. I’ll be seeing it again. Soon.

Actually my biggest gripe about the entire film is related to the first minute. Why did we not start with the well known phrase of music from Hedwig’s Theme (commonly called Harry’s Theme)? What, doing that 8 times in a row was just too much? 7 is the limit? Stupid choice by the director, Yates. Sets the tone wrong for the entire beginning of the film.

But that’s my biggest gripe. So, yes, I enjoyed it immensely.

Seriously, stop here if you don’t want to learn anything!

This is your last warning!

Michael Gambon also gives his best performance of the series, IMO. I’ve always thought he was a bit of a step down from Richard Harris has Dumbledore, but he finally fills the role here and for the first time makes you forget about Harris. The “Kings Cross” scene with him and Harry has always made me think of Harris when I read it, so I was anxious as to how Gambon would handle it. I needn’t have worried. He was flawless.

And there was a scene missing that I felt deserved to be part of the film. The death of one of the major characters. We know the character dies, but we don’t see it happen. I think that was a wrong decision, because I think that adds to the emotional impact of one of the concluding battles. Just my opinion.

Email ThisBlogThis!Share to TwitterShare to FacebookShare to Pinterest
Labels: Movies