Yes, there are still two more phases in turning this country around.

Phase II – Hold the GOP’s feet to the fire. Remind people like Senator Lindsey Graham (RINO-SC) how we got here.

“Candidates matter,” said Sen. Lindsey Graham (R-S.C.). “It was a good night for Republicans but it could have been a better one. We left some on the table.”
[…]

“If you think what happened in Delaware is ‘a win’ for the Republican Party then we don’t have a snowball’s chance to win the White House,” he said. “If you think Delaware was a wake-up call for Republicans than we have shot at doing well for a long time.”

Did the Tea Party movement make some bad choices. Possibly. Does that happen every election cycle, no matter who we’re talking about? Absolutely. However, when the Tea Party movement’s candidate lost in a primary, they (generally) supported the winning Republican candidate. There’s a lesson to be learned there and it ain’t the grassroots that needs to learn it, Mr. Graham.

My advice to Senator Graham. Read this article from RedState. And this one by Sarah Palin. Then sit down, shut up, and get out of the way.

After getting clobbered over the NY-23 race and Dede Scozzafava, the NRCC took a hands off approach and let local voters choose their candidates. Not the NRSC. It doubled up around the country igniting a civil war with the grassroots — a civil war that would have never happened but their getting into Florida and doubling down.

The NRSC’s argument amounts to telling the world that voters exercising their right to pick their candidates are stupid and Jim DeMint is stupid for siding with the voters.

But even more to the point, we saw in the last decade what happens when conservatives hold their noses and elect liberals who have an “R” after their names. Our party’s message of freedom and fiscal responsibility became diluted. In 2008, it was difficult to claim on the one hand that we were the party of fiscal responsibility and on the other hand that our fiscal policies work. It was clear to the electorate that the GOP had not adhered to fiscally conservative positions, and that the liberal positions they did adhere to didn’t work. If we go on in that direction again, we won’t have a base, let alone a majority. Certainly we can and should back sensible center-right candidates in bluer states, but I see no point in backing someone who supports cap-and-tax, Obamacare, bailouts, taxes, and more useless stimulus packages.

The Sarah Palin article is one of her best, and that’s saying quite a bit.

So, Phase II is to keep the pressure on the GOP, not only people like Lindsey Graham, but our new freshman class as well. Senator-elect Marco Rubio (R-FL) needs to put actions to his words. The next two years can set up the GOP for even bigger wins in 2012, or they can destroy the party. Following Graham’s path leads to that destruction. The Palin path can lead to success.

Phase III is the campaign for 2012. Actually this almost be divided into a Phase III-A and a Phase III-B.

We want to win the White House in 2012. But that’s useless without several more seats in the Senate, and big pickups in the House would be nice as well. In fact, if I have to choose between getting rid of Obama and getting to 53-55 seats in the Senate, I chose the Senate. Really, we want both. And we need to take that into consideration during the 2012 primaries.

I will have more to say about Phase III in the coming days. I probably won’t say much more about Phase II until Congress is back in session.

Here’s a little something to whet your appetite for Phase III, though. 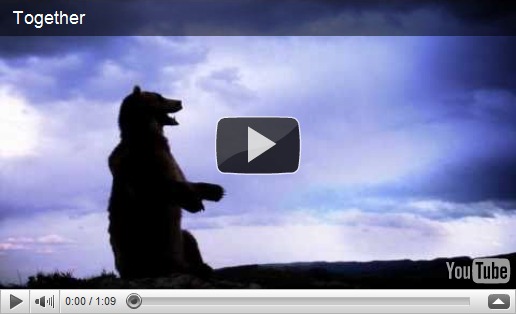 P.S. It’s worth mentioning that our Senate gains were pretty big. The fact that anyone can actually argue about how we could have gotten to 10 seats is amazing considering what the GOP was looking at even 6 months ago. the GOP did better than average for an off year election, and with retirees, the Senate is going to be a far more conservative body than the last two years. Some people are saying that the GOP has “effective control” over the Senate which is probably a stretch, but this article sums up the situation very well.