When I was in college, I remember hearing often that American knowledge of world events was very poor. There were even several studies released about that time which asked random Americans simple questions about current events all over the world. The results were depressing, to say the least.

I admit that I’m not without fault here, myself. Particularly at the time, I remember that my geography skills were somewhat lacking, and that I wasn’t always aware of why we were involved in various political situations around the globe. I did score much higher than the average American when I took the tests used for those studies, and I suppose that I should be consoled by that. I wasn’t. I knew before I took the quizzes that my knowledge wasn’t good. It appeared that most of my peers were blissfully unaware of their ignorance.

But now we have the internet. News from everywhere is right in front of us all day long. Things should be much better, right?

Sadly, I don’t see any indication of that. If that was the case, America, and certainly our political class, would be paying much more attention to what’s going on in Greece. The fire has already been lit, and the politicians are just trying to decide what to throw on it. I see them reaching for the water now… 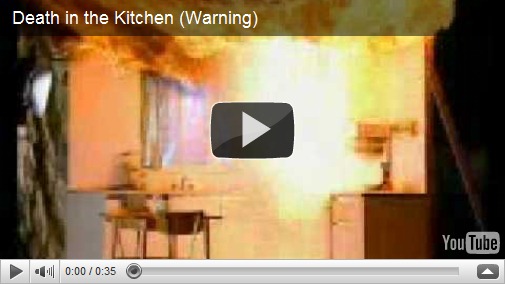 As I said just last week, America is at the tipping point. Want to see what will happen when we tip over? Watch Greece. But we’re obviously not watching Greece. We’re not learning from them, and we’re certainly not adopting any sort of defensive posture to prepare ourselves against the coming Greece fire. When (and it is almost certainly “when”, not “if”) Greece falls, the effects will be felt far and wide.

See this from Stacy McCain at the Greenroom at HotAir.

One U.S. analyst said that the “downside” risk, if European leaders can’t come up with a bailout deal, “is effectively a financial system meltdown.”

The political situation in Greece is not encouraging. The Greek parliament will vote this week on an austerity plan — which bankers are demanding in order to extend the country further credit — and it is by no means certain that the unpopular cost-cutting measures will pass: “If Greece refuses to accept more austerity measures, the consequences for Greece, the EU and indeed the global economy could be dire.”

I don’t know about you, but seeing the words “financial system meltdown” and “consequences for…the global economy could be dire” don’t exactly inspire me with confidence. Nor do words like this:

A European debt crisis is likely once again to make banks fearful of lending to one another bringing about the freezing of financial markets similar to the credit crisis in 2009.  And this time a huge stimulus package will not be in the offing.  Nor can Greece resort to the age-old beggar they [sic] neighbor approach of devaluing its currency since it is on the euro and not the drachma.

From that same article:

The broader implications for the U.S. are set forth in a Congressional Research Service Analysis in 2010.  The report concluded there were five major implications.

First, many expect that if investors lose confidence in the future of the Eurozone, and more current account adjustment is required for the Eurozone as a whole, the value of the euro will weaken.  A weaker euro would likely lower U.S. exports to the Eurozone and increase U.S. imports from the Eurozone, widening the U.S. trade deficit.

Third, a Greek default could have implications for U.S. commercial interests.  Although most of Greece’s debt is held by Europeans (more than 80%), $14.1 billion of Greece’s debt obligations are owed to creditors within the United States.

Fourth, the global recession has worsened the government budget position of a large number of countries.

Fifth, debates over imbalances between current account deficit and current account surplus countries within the Eurozone are similar to the debates about imbalances between the United States and China.  These debates reiterate how the economic policies of one country can affect other countries and the need for international economic cooperation and coordination to achieve international financial stability.

People have been predicting this since late 2009, and it’s quite easy to see that America is following the same path. Yet we haven’t done anything at all. We may have to join in the European financial bailouts just to keep the entire system from collapsing. But who’s going to bail out us? We don’t have the money to do this. We decided to spend it on stimulus and health care instead. If I had confidence in our own government to solve the fiscal problems here, I might be less worried. I’d be hopeful that we could throw the weight of the U.S. dollar behind some assistance to Greece and to the euro. That kind of confidence would be criminally insane at this point, however.

The … government must also contend with a political and social crisis. The main political parties remain poles apart and the prospects of reform by consensus appear close to zero. Opposition also comes from the powerful public-sector unions, an increasingly fearful public, and disparate political forces maintaining constant street protests.

Added to these conflicts is an institutional weakness that questions the ability of any government … to deliver serious reform. Many parts of the public bureaucracy verge on the dysfunctional. Their staffs are too big — the result of parties in power using public jobs as electoral favors — too unskilled, too rigid from confused and archaic legal procedures, too hierarchical, and lacking morale. Too often, the [person] in charge lacks efficient means, information and technical know-how from those he or she seeks to direct. Such problems are all the more grave when policies are highly controversial and uncertain to be sustained.

What country is being discussed in that section? Did you think of the United States? No, it’s Greece again. Eerily similar description though, wasn’t it? Was this on some right wing site like HotAir? No, it’s in today’s New York Times. Things could go south as early as this week in Greece. More likely, the politicos will find a way to stave off the crisis for another few months, perhaps a year. That’s if Greece government manages to survive that long. A military coup or civilian overthrow is not out of the question. What happens then? I don’t know. And no one else does either, no matter what they claim.

When I was growing up, I remember that it seemed like just about every day there was some government being toppled in Africa or the Middle East. It always seemed so remote. It was just something I saw on TV that didn’t really matter (to me, anyway…I’m sure it was vitally important to those living through it). Our Keynesian economics debt ruled world isn’t like that anymore. When Greece falls, it’s going to at the very least, worsen the “economic downturn” worldwide. And that’s an absolutely hopelessly optimistic best-case scenario. Worst case scenario? I’m the doom-n-gloom guy lately, and even I don’t even want to think about it. Wars have started over less. Much less.

But I’m sure President Barack Obama (D-USA) can handle this. After all, he’s been incredible at crisis management so far, hasn’t he?