D-Day. The storming of the beaches at Normandy. The first part of the Allied invasion of German controlled Europe in WWII. Four sentences without verbs.

You know, we Americans like to think that when it comes to the big things, that we always do the right thing. It might take us a while, but we get there, and when we do, we make up for our slowness with the kind of fierce pride and determination shown at Normandy.

But, I have to wonder, would our current President give the approval for such an invasion? I honestly don’t know that he would. Does that say more about me than him? Is it because I’ve totally lost confidence in his ability to do anything right, or because it’s actually true?

Hopefully we’ll never have to learn the answer to such a question. 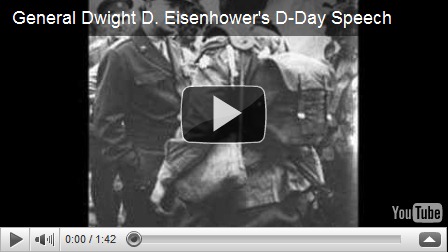 Email ThisBlogThis!Share to TwitterShare to FacebookShare to Pinterest
Labels: On This Day, World War II