This was a news story that didn’t seem to gain much traction last week, which I think is wrong. In my mind it shows just about the same amount of cluelessness as President Barack Obama’s (D-USA) remark about ATMs did.

What am I talking about? This.

Israel Radio Reported Sunday that The United States gave Netanyahu an ultimatum on renewing negotiations with the Palestinians.

According to the ultimatum, Netanyahu has to decide within a month whether he agrees to accept US President Obama’s proposal and resume talks based on 1967 lines.

Washington is pressuring Prime Minister Benjamin Netanyahu to accede to its proposal to resume Israeli-Palestinian peace talks on the basis of U.S. President Barack Obama’s May 19 speech.

This is just mind bogglingly stupid. Let me translate the sequence of events for you into non-politician speak.

Obama: We want to resolve the Palestinian/Isreali situation, and we think we should start the negotiations with the 1967 borders, and give and take from there.

Netanyahu: You can forget that idea. It’s never going to happen. We will never negotiate with Hamas (governing party of the Palestinians), and the 1967 borders are off the table in any event. Starting there amounts to a suicide pact for Israel.

Obama: Ok, so I’m gonna need a decision on this whole 1967 borders and negotiation with the Palestinians thing within 30 days. 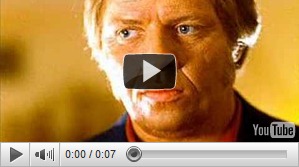 How in the world is Israel supposed to respond to this? Every time I think about it I get the picture of this in my head.

Seriously, it’s as if the Obama administration is trying to pretend that Netanyahu never came to the United States last month, or that he never made any public statements while he was here.

Benjamin Netanyahu is not known for patience with fools. I imagine that either Israel will either give no response at all or will send a very tersely worded one, something along the lines of “Israel has already made its position on this issue quite clear.”