American Airlines Flight 77 crashes into the Pentagon. Approximately 125 people on the ground are later determined killed or missing. Many key officials including Secretary of Defense, Donald Rumsfeld, escape injury due to the plane hitting the wrong side of the massive building. The joint chiefs and secretary of defense offices are above the River Entrance. The National Military Command Center is also on that side of the building. Hitting it would have essentially shut down the Defense Department. 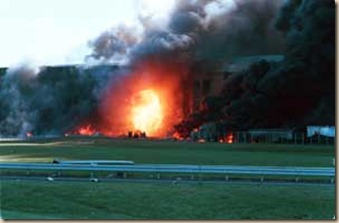 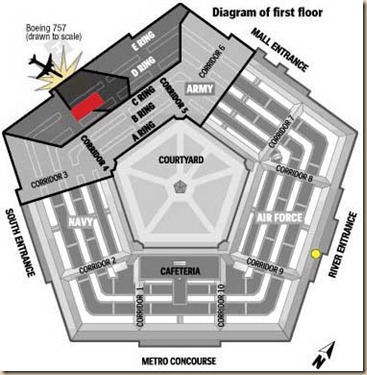