You’ve probably seen most of these already. I’m just posting this here so I’ll have it handy the next time liberals once again try to claim the moral high ground on violence and calmness.

From Paul Krugman, that person who is so worried about violent rhetoric from Sarah Palin:

A message to progressives: By all means, hang Senator Joe Lieberman in effigy. 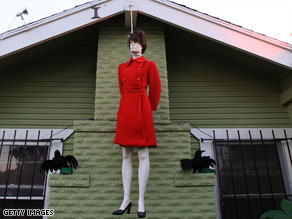 Michelle Malkin gives us ‘The progressive “climate of hate”: An illustrated primer, 2000-2010’ which includes:

The progressive climate of hate: A comprehensive illustrated primer in 8 parts:

Let’s not forget the death threats against President George W. Bush, (R-USA). Too many to excerpt. Follow the links.

How about a movie about the assassination of President Bush?

“Death of a President,” the documentary-style speculative fiction about the assassination of the 43rd President of the United States, is seamless, intelligent and maybe even necessary to an understanding of George W. Bush’s role in the world today[.] — Jim Emerson on RogerEbert.com

And here are some liberal reactions to the AZ shooting (language warning): 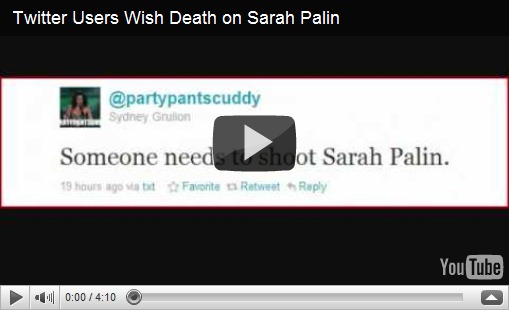 Flopping Aces has a nice roundup of “tolerance” from the left, including:

Another nice rundown from the Greenroom @ HotAir.

After all, anyone who was awake through the last 10 years — as opposed to just the last 2 — knows that violent and hateful rhetoric has been a recurring theme of the left. But you would never know it from the establishment media. The death threats at anti-Bush rallies? The establishment media must have been out on an eight-year smoke break. Did they wring their hands over The Bush assassination porn in movies, books and art? Not really. When a man — an avowed MSNBC viewer — was convicted of threatening Rep. Ginny Brown-Waite (R-FL) in the aftermath of the healthcare debate, was there a concerted stroking of chins, or wagging of fingers? How about when a man made a bomb threat against a Republican fundraiser featuring Senate candidate Linda McMahon? When fmr. Rep. Paul Kanjorski (D-PA) suggested that Rick Scott, now the Republican Governor of Florida, be shot? How about when Sarah Palin’s church was burned down? (Aside: Imagine the media coverage had Obama’s church had been burned down.) How about when then-candidate Obama bragged that he would bring a gun to a knife fight? That was not condemned, but celebrated as scrappy an pop-culure savvy. The list goes on and on.

To wit, a memo sent out by the New Jersey Education Association stupidly contained the following prayer: