From the Democrat-Farm-Labor party of Minnesota (they go by DFL, but they are the Minnesota Democratic Party) sent out the mailer below.

If you’re having trouble reading it, that’s a man wearing a Catholic Priest smock wearing a button with the words “Ignore The Poor”.

As Gateway Pundit points out:

A local TV station called them on it: 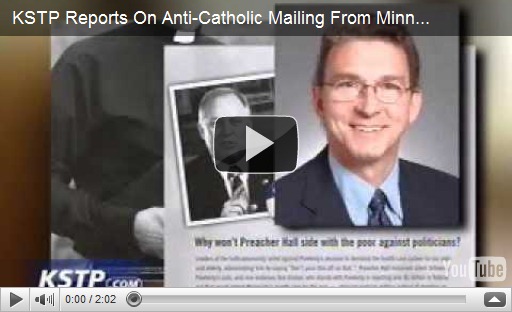 No apology. No response.

This is disgusting. The Democratic party of Minnesota has declared war on the Catholic Church.

Think this election isn’t important? These people want to destroy America. There’s no other way to look at it.

6 days. Time to clean house with a nice big flood.